A couple weeks ago, we had the pleasure of welcoming Dr. Adam Barnett to the lab for more than a week.  Adam has been doing some really interesting work on sevengill and tiger sharks, and hopefully we can get some projects going together soon!  He also has been working on a great website with lots of information.  Check it out at http://www.oceansiq.com!

I'll turn it over to him for a brief update of what he's been up to!

Among other projects, I have been working on sevengill sharks Notorynchus cepedianus in the temperate waters of south-east Australia and South Africa, and tiger sharks Galeocerdo cuvier in north-east Australia (see our research projects at oceansiq.com), effectively studying two important apex predators in the two differing systems. The sevengill shark work in Tasmania Australia has been quite comprehensive, using a range of methods to show their habitat use patterns and the important role they play in coastal ecosystems. The study in South Africa has only recently begun and our focus site is False Bay, where we will also be identifying habitat use, the importance of the aggregation site in False Bay and the sevengill sharks’ role in the ecosystem. We will also examine if this role varies when they share the coastal system with white sharks Carcharodon carcharias. White sharks and sevengill sharks are widely distributed in temperate waters around the world, and these two co-occurring apex predators consume the same prey (e.g. fur seals and other sharks). Adult sevengill sharks (up to 3 metres in length) in coastal systems generally have little threat of predation, and any predation would be expected to come from the larger white sharks (up to 6 m). Despite this overlap in distribution and prey consumption, the relationship (if any) between these two apex predators is unknown. The work in South Africa will also provide the chance for cross regional comparisons in sevengill shark ecology.

To date, our tiger shark work has focused on the movement patterns of this species at Raine Island, the largest green turtle nesting site in the world.

How many sharks visit the Moorea ray feeding site?

Data analysis is ongoing...and there is a lot to do going through all the video and preparing the samples for stable isotope analysis.   Johann just finished processing the photos that were taken of blacktip reef sharks at the shallow water site.  Because each shark has unique markings on their fins, we can see how many individuals were observed at the site and how often they are there.    During eight photography sessions lasting between 15 and 40 min, Johann identified 64 different blacktip reef sharks (33 females and 31 males) with a mximum of 47 sharks during 1 session!

Now, we are going through the data from the drone to see if the counts we get from the air are similar to those made using photoidentification. 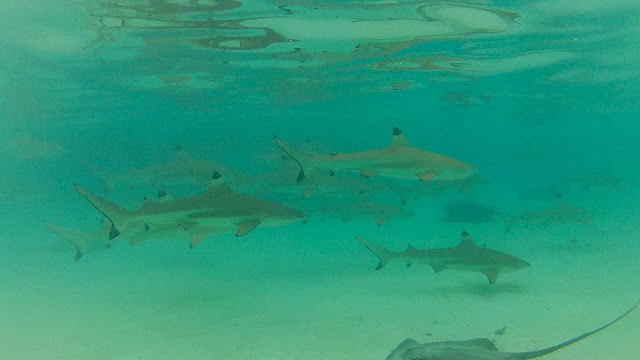 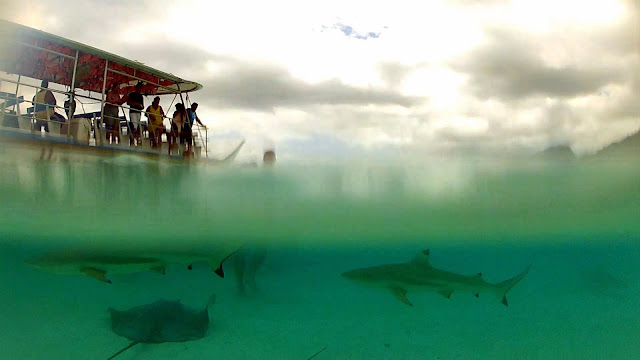 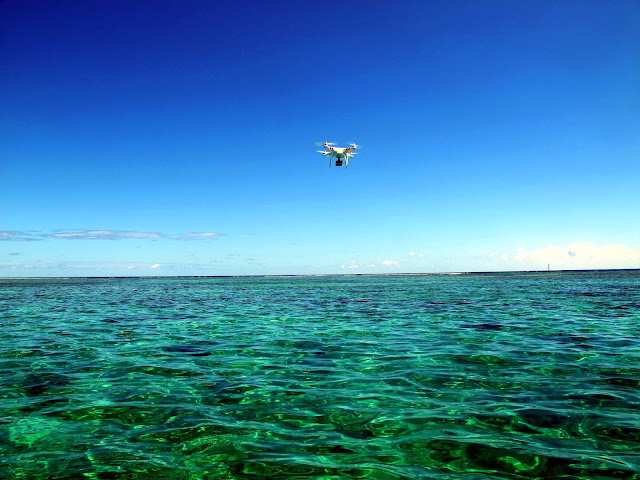 Posted by Heithaus Lab at 5:09 AM No comments: