The lab's first trip to Rangiroa

For the past several years, the lab has been working on sharks and rays in French Polynesia using a variety of methods and tools, including drones and remote underwater cameras.  Our goal is to better understand the behavior of these animals on reefs and how they interact with other species. Ultimately, we want to figure out how important sharks are to the health of reefs.  Our work started on Moorea (you can read about our first trip in the October and November, 2013 blog posts) and expanded to Tetiaroa in collaboration with Dr. Aaron Wirsing at University of Washington.

This year, we have greatly expanded our work in French Polynesia.  Along with Dr. Eric Clua and CRIOBE we have started sampling multiple islands – both high islands and atolls – using baited remote underwater video systems (BRUVs).  This work will help us understand what drives patterns of shark abundance and the species inhabiting a particular island or reef type. The 1,000 camera drops (each 90-min long) that we plan to make are part of the Global FinPrint Project that will survey more than 400 reefs around the world!  PhD student Frances Farabaugh is leading the shark and ray analyses for the lab in French Polynesia.  Even though 1,000 drops and 1,500 hours of footage seems like a lot it is really just scratching the surface of French Polynesia, which covers a huge area of the Pacific Ocean! The more than 100 islands of French Polynesia are spread across about 2,000 miles!
In February, Jeremy Kiszka, Frances, and I made our first trip to Rangiroa to meet Eric to continue sampling for FinPrint and to begin other studies.  Rangiroa is found northwest of Moorea and Tahiti and is the world’s second largest atoll.  The lagoon in the middle of the atoll is about 70 km across from east to west and 40 km from north to south.  While Frances worked on FinPrint sampling, Jeremy, Eric and I started projects on nursery habitats of the lagoon and the movements and feeding behavior of bigger sharks on the reef that lines the outside of the atoll (the forereef).

On our first day, we headed to Blue Lagoon – a small, shallow lagoon within the larger lagoon of the atoll.  Think of a (very small) hot tub in a (very large) swimming pool.  Pulling to the edge of Blue Lagoon on our first day, we were greeted by dozens of mostly full-grown blacktip reef sharks at the mooring.  Blacktip reef sharks can be found from the forereef to the lagoon and don’t get particularly big – only about 4-5 feet on average.  But we were interested in the younger sharks that call the shallow flats of Blue Lagoon home.  We hadn’t been there long before we were watching 20 small sharks – from newborns (about 1.5’ or 50 cm long) to animals that are around 3 years old.  For the youngest sharks, they need to stay in these shallow areas to stay safe from predators, particularly large lemon sharks that are found in the deeper waters of the lagoons.  We had a magnificent morning, capturing sharks and getting samples to help us learn where they are feeding and to get an idea of what their favorite foods might be.  Once we finished in the lagoon, we headed back to the mooring to test out a 360 degree dome camera system!  This system lets us see sharks all around the camera stand instead of just in one direction.  We are using the 360 cameras to get a better understanding of just how many sharks might be around when we do our standard counts for FinPrint that use one camera and to get a better view of their behavior.  PhD student Jimmy Kilfoil, who has been working in Tetiaroa, has been leading these studies but we took the opportunity to collect data since there were so many sharks around.  During the trial, we even had some big sicklefin lemon sharks show up.  With impressive predators like these just outside Blue Lagoon it is easy to see why the babies stick to the shallows!
Another project that we worked on was to understand the movements and feeding behavior of the large shark species found on the forereef.  To do this, we captured and collected blood from gray reef sharks and silvertip sharks.  Because we didn’t want to catch great hammerhead sharks (they can be very sensitive), we got help from a professional free diver, Francis, who can hold his breath long enough to dive 60 meters!  The idea was for him to use a modified spear to take a small sample of skin.  The blood and skin samples help us understand where the different species might be feeding – in the lagoon, along the reef, or out in deeper water.  Knowing this might help us figure out how so many species are able to coexist! 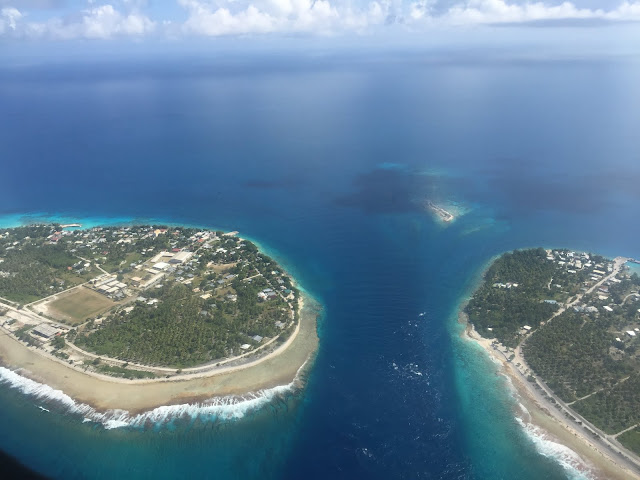 Out in blue water off the reef, we waited by a baited canister for hammerheads.  We didn’t see any during my time there but Francis got several samples of silky sharks and tiger sharks!  One tiger shark was about 4m long! With any luck we will get those hammerhead samples eventually! We also were able to deploy a satellite tag on a silvertip shark which will help us determine its movements.  Silvertips are usually thought of as the largest resident sharks on reefs, but the satellite tag will tell us just how far the silvertip goes.  The tag will stay on the shark for three months and then pop off and float to the surface to download its data.  Hopefully, we will have results to share soon!

Our work is made possible by the help of our interns and assistants! Laura Thornton and Ryley Parent, and Liberty Boyd took on individual projects while assisting me with my dissertation research in Abaco, Bahamas during the summer of 2016.  Earlier this year, Laura and Ryley presented their work at FIU’s Biosymposium.

Laura took the lead on a project to assess the foraging preferences of the variegated urchin, Lytechinus variegatus, and to provide a better picture of their role in seagrass ecosystem dynamics. This echinoderm is commonly found in tropical seagrass meadows; however, little is known about the feeding preferences of these urchins. We conducted cafeteria (food options provided with equal probability of encounter) and natural (naturally growing food options) feeding experiments in a shallow coastal seagrass meadow near Marsh Harbour, Abaco. In both experiments the urchins appeared to first choose and consume turtle grass (Thalassia testudinum) before moving on to consume other seagrass and algae species. We are now awaiting the results of nutrient content analysis on the seagrass and algae to see if the urchins prioritize food with higher nutrient content.

Ryley developed an outreach campaign to encourage restaurants to stop serving turtle meat, which currently is against the law. The Bahamian law, passed in 2009, prohibits the taking of turtles or disturbing of nests; however, despite enforcement by local Abaco fisheries officers, there is still demand for turtle meat. Her goal is to educate the public about the laws and encourage the community to support them. Ryley speaks with restaurant owners about the campaign, asks them to hang “Turtle Free Restaurant” signs in visible areas, and in return publishes the names of participating restaurants in local publications. She is currently pursuing additional support to continue the campaign in Abaco and eventually expand it to other Caribbean locations.


Ryley will be presenting this project and Liberty will be presenting her study on the effects of burrowing sea cucumbers on green turtle foraging habitat at this year’s International Sea Turtle Symposium!
Posted by Heithaus Lab at 8:49 AM 16 comments: